I offer 11 different ‘pay what you want’ weekend walks around London. A brief description of each is below. There are three on Saturdays and three on Sundays. Each one will last between 1.5 and 2 hours.

Prior booking is imperative. Although I’ve listed the start and end points, I’ll only send the exact meeting point details once you have booked.

I look forward to meeting you to explore London.
​Westminster & Whitehall 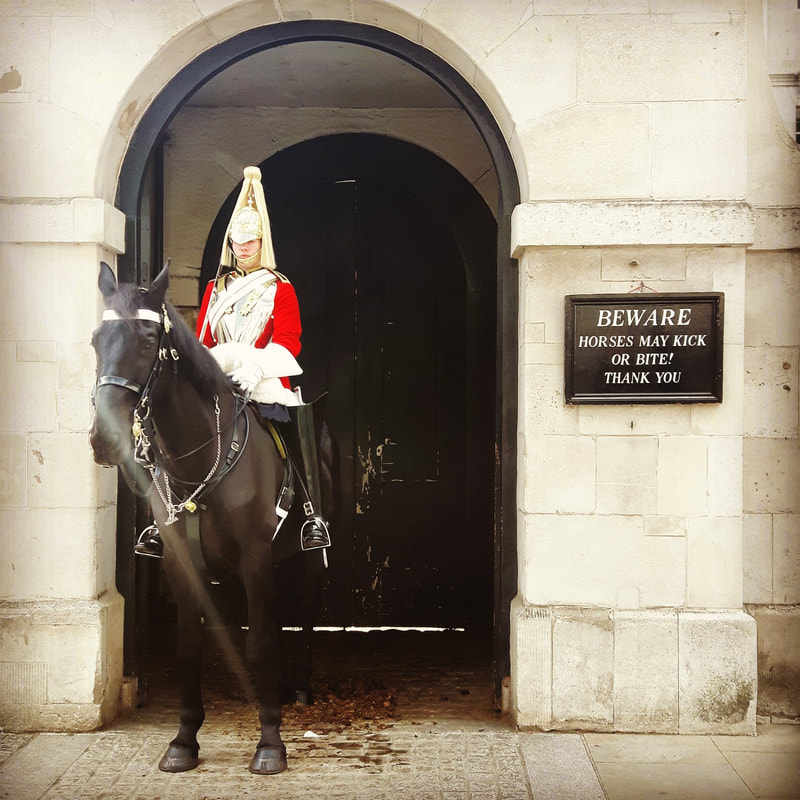 A classic walk for first time visitors wanting to tick off a few of London’s most iconic sights whilst learning about and seeing other things they wouldn’t ordinarily know about or notice. Also ideal for Brits wanting to explore an area they think they know well, but might have only seen on the news or a school trip. We’ll include Trafalgar Square, Whitehall, Horse Guards Parade, Downing Street, Big Ben & Houses of Parliament, Westminster Abbey, St James’s Park, Buckingham Palace, St James’s Palace and Green Park …amongst other things. 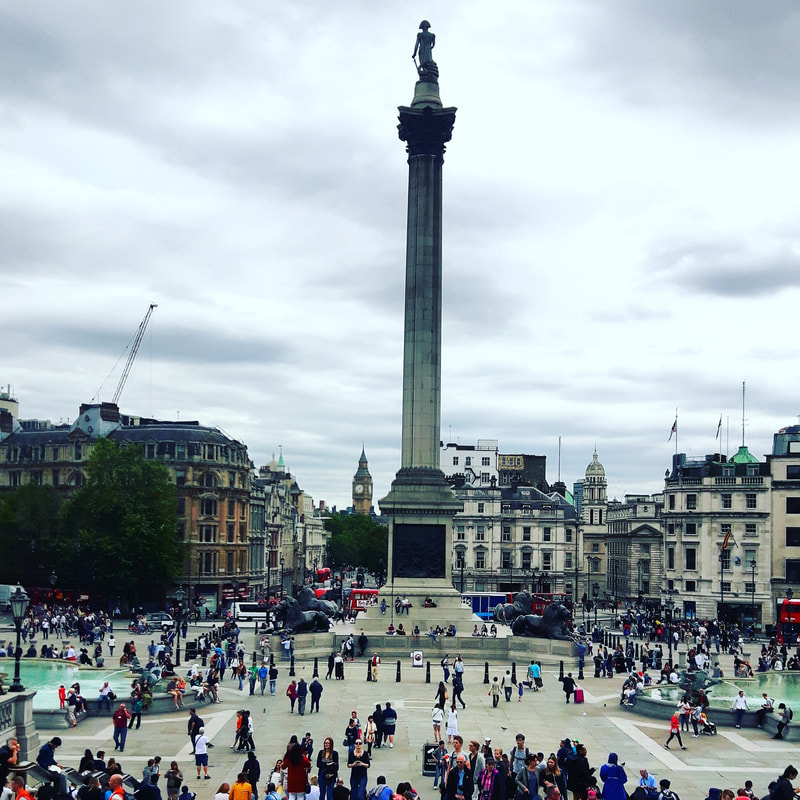 Meet at the church of St Martin-in-the-Fields
End at Trafalgar Square
​Covent Garden, Soho and Piccadilly

Three vibrant and very different districts in the heart of London’s West End. We’ll learn how Covent Garden went from being a convent (with a garden) to a tourist hotspot, the progression of Soho from woodland to being one of the poorest slums in London, to a red light district to housing trendy media companies, bars and coffee shops and end in Piccadilly. Along the way we’ll find out about a wealth of people that have lived, worked and died in these areas over the centuries. 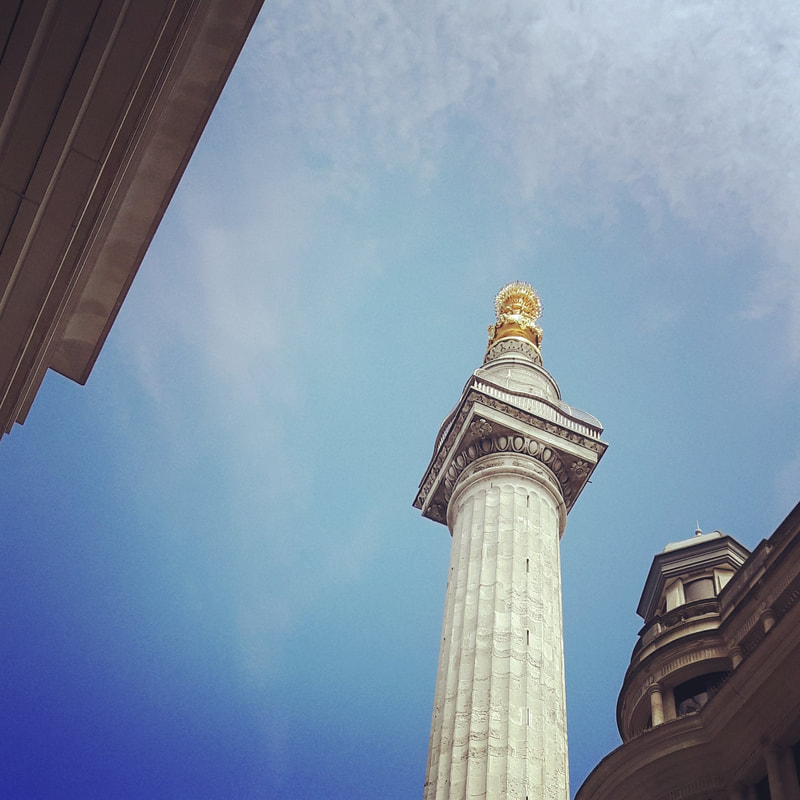 The only ‘themed’ walk I do …and might ever do. The Great Fire of London is perhaps THE greatest calamity ever to be inflicted upon the capital. The Great Fire began in September 1666, raged for 4 days and in the process eradicated nearly 14,000 homes and 87 churches. On this walk, whilst following the progress of the fire, we’ll discuss events that preceded the fire, how and why the fire started, the reactions of Londoners and those in charge, the destruction that was caused and finally, the aftermath. We’ll talk about things they don’t teach you at school. Not for the faint hearted. 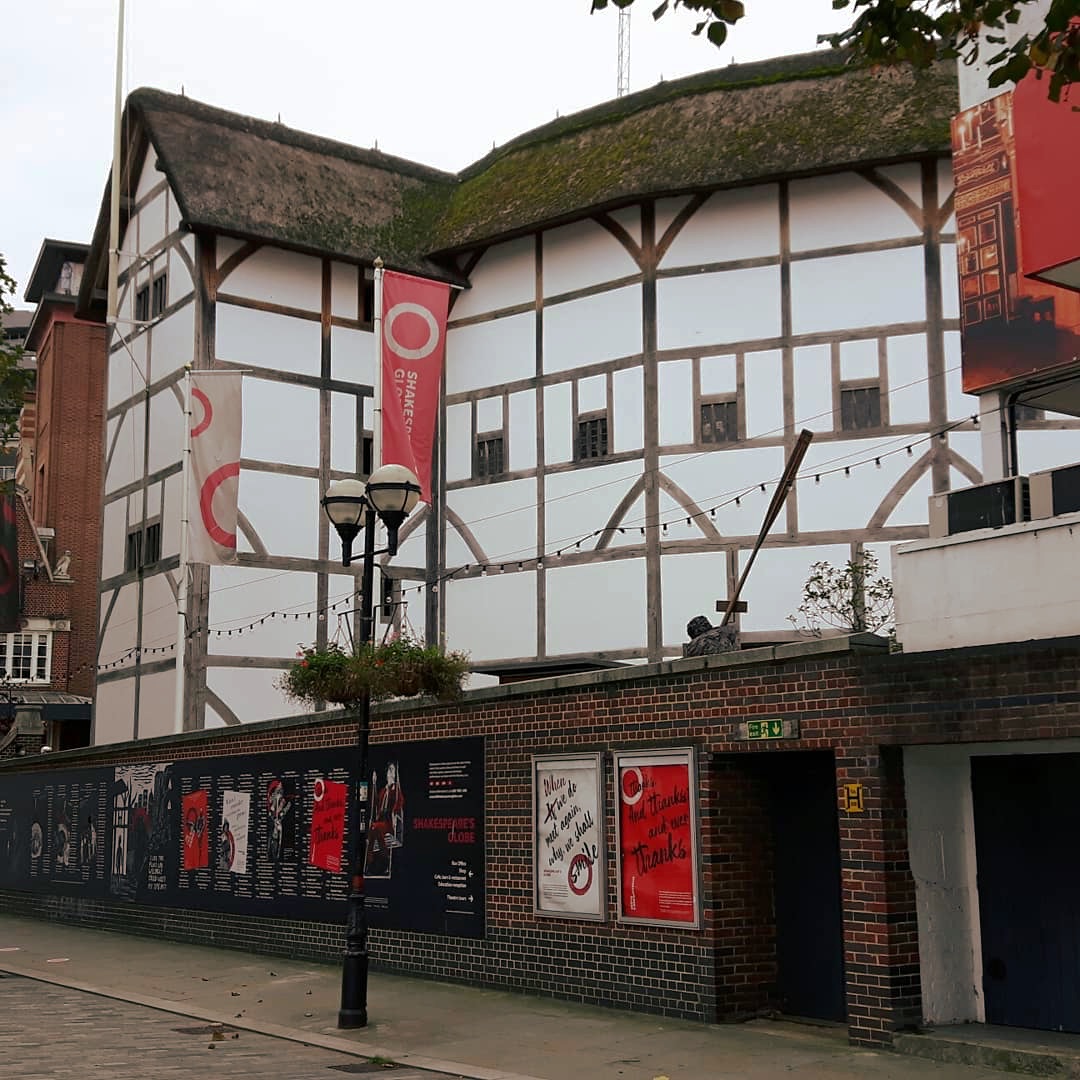 Today, Bankside and Borough are prime tourist destinations, with people flocking to the super cool Borough Market, Tate Modern and Shakespeare’s Globe Theatre. It hasn’t always been that way. Once known as ‘the city of sin’ Bankside was home to Elizabethan theatre and prostitutes, a notorious medieval prison and latterly warehouses and wharfs. We’ll explore the area in detail taking in the only surviving galleried coaching Inn in London, a prostitute’s burial ground, Southwark cathedral, discuss William Shakespeare and amongst many other things stop by the original site of the world famous Globe Theatre.

Meet at London Bridge
End by the Tate Modern
Holborn, Smithfield and Clerkenwell 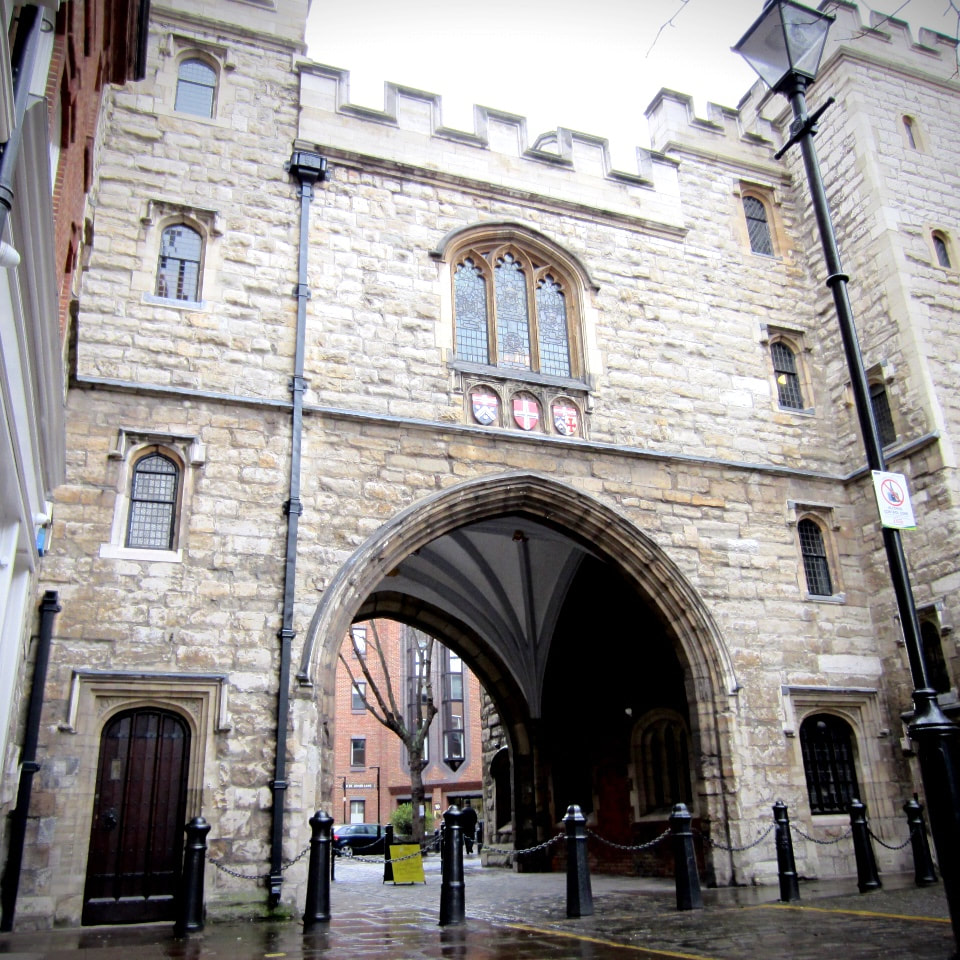 Smithfield and Clerkenwell are fascinating and changing areas that were once outside the jurisdiction of the City of London. One was a ‘smooth’ field where jousts were held and later became an area to execute religious martyrs and where William Wallace was hanged, drawn and quartered in 1305. There’s a beautiful old church, a 900-year old meat market that is being taken over by the Museum of London, a couple of old monasteries and as well as going in search of the original Clerk’s Well, we’ll throw in a bit of Chancery Lane too. 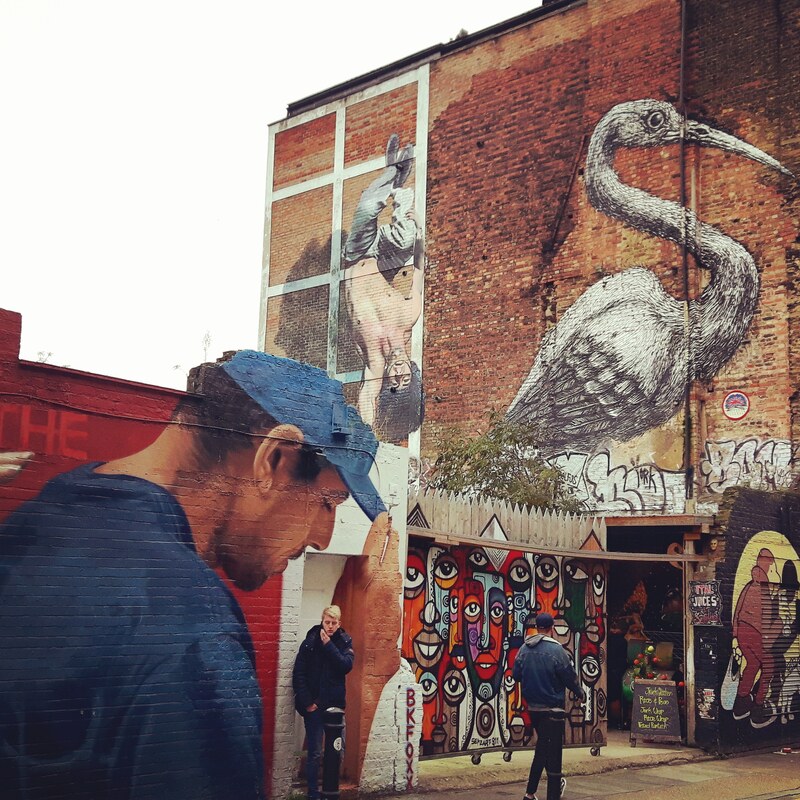 Two of the trendiest, diverse and in terms of development, contentious areas in London. Spitalfields was literally where the term ‘melting pot’ was first coined and today it not only houses a large Bangladeshi community, but is home to hipster coffee shops, bars and vintage boutiques. The area around Bricklane has an intriguing and long migrant history going back to the French Huguenots, some beautiful early 18th century houses, links with both Jack the Ripper and William Shakespeare, an interesting social history and to top it off …LOADS of street art which we’ll uncover too. 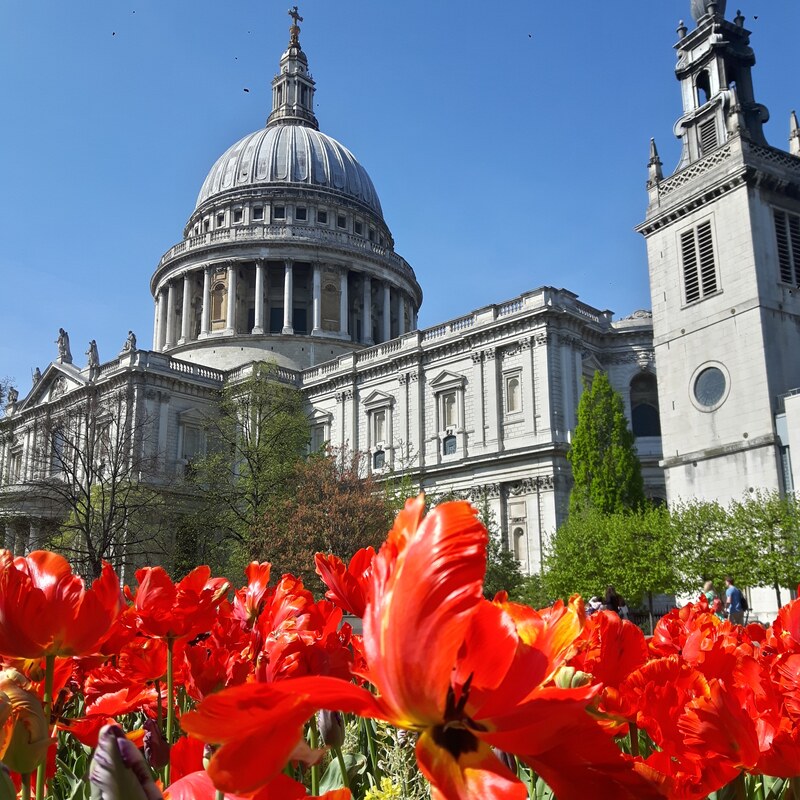 Similar to the ‘Around Trafalgar Square’ tour, we won’t venture more than 500 metres from the mighty St Paul’s cathedral. However, we’ll uncover how the City of London developed from the Roman City of Londinium, how it progressed in to the guild run medieval city, discuss the architect largely responsible for rebuilding the City after the Great Fire of 1666 and the modern City, largely a result of German bombing raids in 1940. We’ll experience a host of other details both small and large that people walk past every day without noticing or understanding their significance, and of course …we’ll spend a lot of time marvelling at St Paul’s cathedral and the fact it’s even here today. 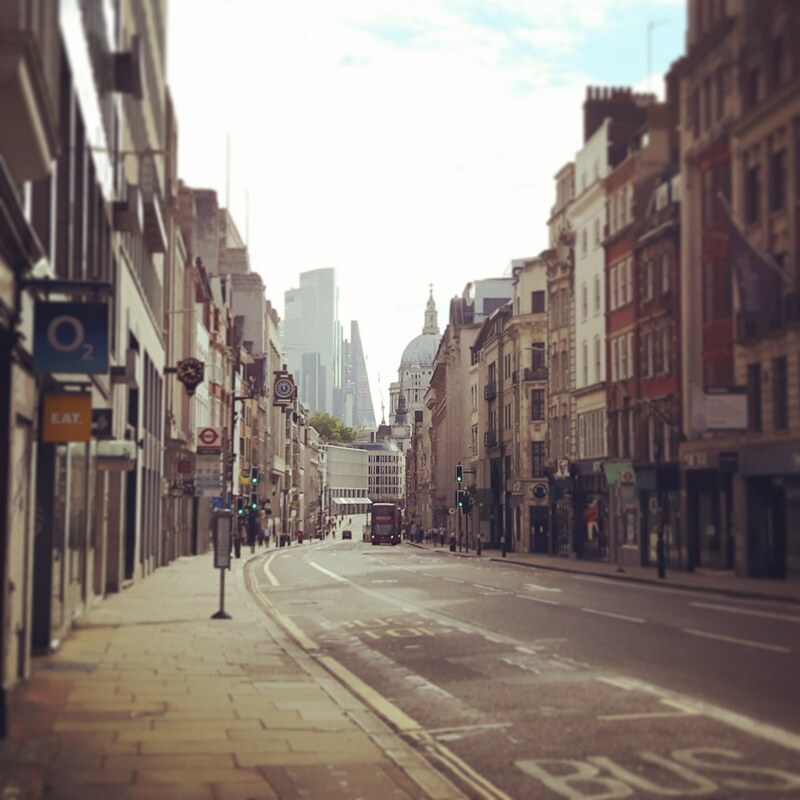 Known as ‘ink street’, Fleet Street was home to printing and publishing from the 1500s with the first books in this country, right up to the 1980s when London’s newspaper industry which once dominated the street, decanted east. Now, Fleet Street has become a generic business street, but its rich history lives on in the ghost signs and stories of people that lived and worked there; perhaps most famous is Samuel Johnson who in 1755 collated the first definitive English dictionary. We’ll also pass one of London’s most historic pubs, a beautiful church and take a peek inside one of London’s ancient legal areas, once home to the Templar Knights, a legacy of which still remains from the 12th century. 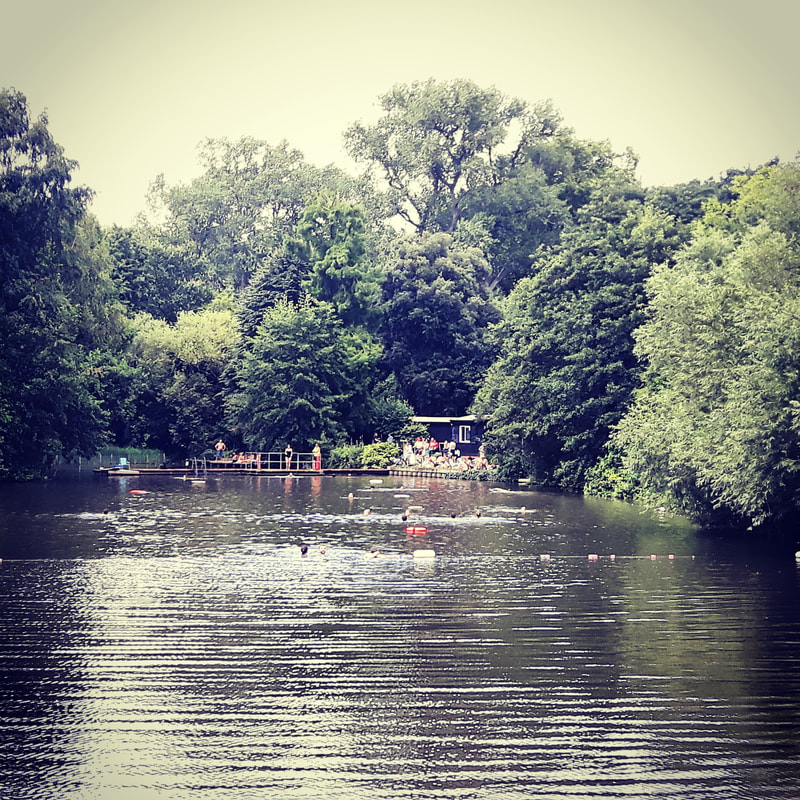 Once known as the ‘vale of health’, a countryside retreat where people could escape the filth and pollution of London, Hampstead was transformed in to a picturesque Georgian village which over the years has been home to a plethora of famous artists and writers such as John Constable, Daphne du Maurier, H.G Wells and John Keats (to name but a few). Today it is the playground of the rich and famous and who can blame them, especially with 800 acres of beautiful heath on their doorstep. We’ll explore the nooks and crannies of this London village, delving in to the secrets that have made it what it is today. 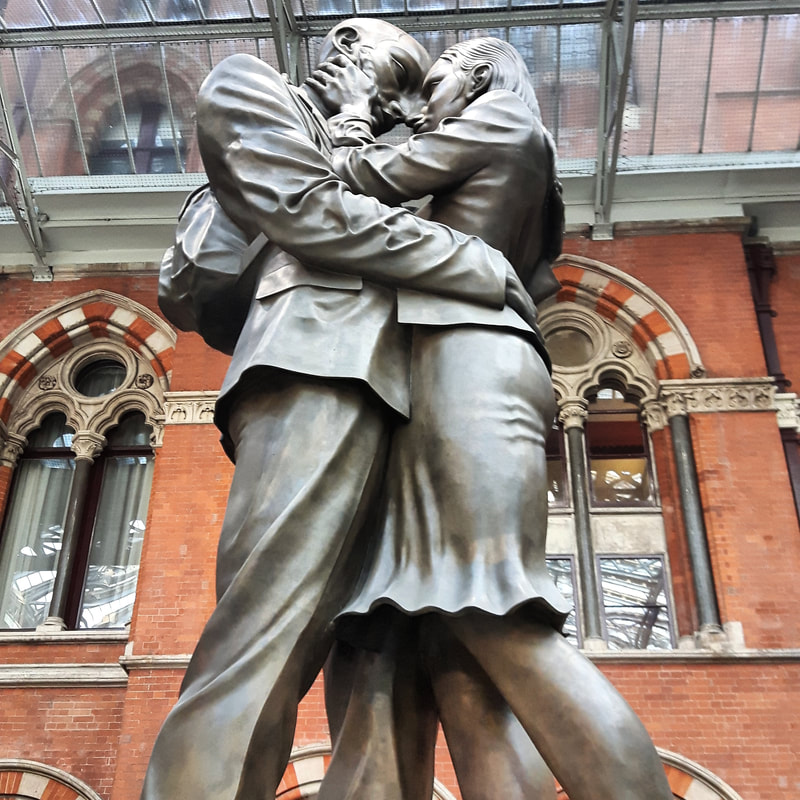 In the last few years, the area once known as Battle Bridge has been transformed from a run down red light district in to an international commercial hub, whilst a derelict Victorian station and industrial site is now home to a prestigious art school and a host of bars, restaurants and a hive of cultural activity next to the Regent’s canal. We’ll be exploring this new development and the canal (which recently celebrated its 100th birthday) plus visiting one of the oldest Christian sites in Europe and a train station that was saved from demolition and later part of an £800 million development to become, amongst other things, the Eurostar Terminal in London.